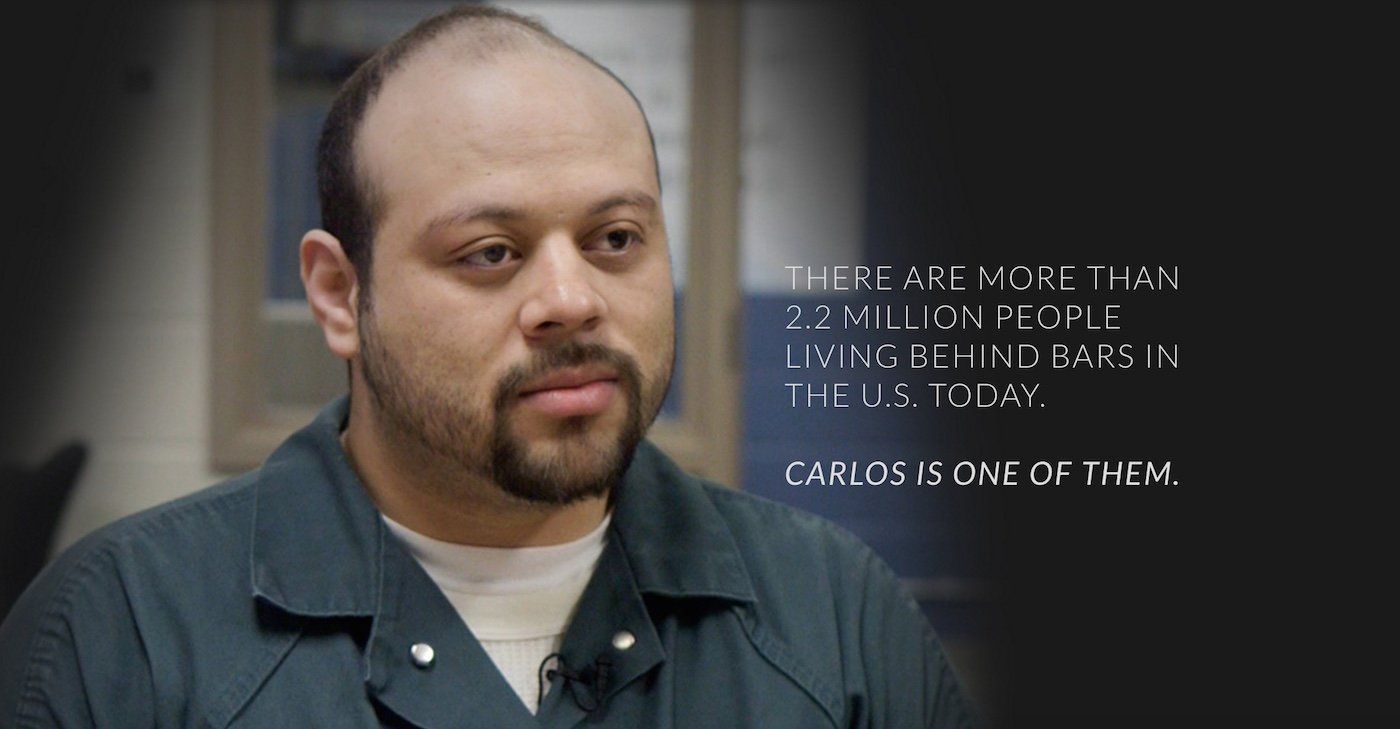 No. 13
Mayday - A Call For Help
The Boat: Navigating new waters of an online graphic novel

Megan Crigger, a web developer, had one simple piece of advice for a colleague at PBS NewsHour as they collaborated on a web site: Don’t post a video that was months in the making too high up. First, she advised, make viewers learn and care about the characters telling the stories of incarceration—and leave them craving more.

She had a point.

Crigger suggested to Elizabeth Summers, the producer of the two-part video series called “Broken Justice: Stopping the Revolving Prison Door,” that it be served once website visitors had learned about three inmates and came to see them in a more human light. She accomplished this goal through a mix of design and information: The viewer is instantly pulled into the website by a mix of texts on alternating backgrounds displaying information about the characters in the videos. Easily digestible quotes from the inmates and statistics about incarceration or the foster care system, for example, are provided in large font on intertwining black and off-white backgrounds and including full bleed photos.

[Crigger's] feeling was you want to go to a website, introduce yourself first and to [let the audience] view all the people first. Once you get to the bottom, it’s the dessert to watch the video. It really makes sense.

At the top of each of the three pages for the inmates, Carlos, Ashley and Jordan, is a quote informing viewers that 2.2 million people are incarcerated in the United States. For Ashley, the site presents her background including a timeline of her key points in her life such as beginning to drink at age 10, becoming a mother at 18 and getting arrested at 19.

Accompanying the information are childhood photos of Ashley as a smiling elementary school aged girl in church, high-resolution images of her in jail and an old mug shot. Her page provides facts that put her story into context—for example, it points out that three-quarters of people returning from prison have histories of substance abuse. Users then scroll down to learn about each inmate before being presented with the video at the bottom of each section.

For the site’s content, Summers provided Crigger transcripts from the interviews she completed with the inmates, which included her own suggestions on powerful quotes to include on the website. “I used the quotes that helped them tell their stories as well as the photos that I felt matched those quotes,” said Crigger.

Typefaces she chose were Lato, a sans serif, and Playfair Display, a serif, which she used mostly for quotes. Font sizes depend on the screen size of the browser or device, she said, because the site is responsively designed.

"Short, powerful quotes used larger text. Bold text was used if something that was said was particularly powerful or if it helped summarize the overall quote. Backgrounds differ to create visual interest and separate each panel in the design. Caps were generally used for text that was more of a narrative voice," Crigger explained.

And even though it took Summers, coordinating producer at the long running show some getting used to, the placement of the video at the bottom was the right choice, Summers said.

Initially, “I wanted the video to be in a different place. We are a T.V. show. I kind of was expecting [the video] to be more front and center,” said Summers. Crigger “pushed back on that. Her feeling was you want to go to a website, introduce yourself first and to [let the audience] view all the people first. Once you get to the bottom, it’s the dessert to watch the video. It really makes sense.”

The two-part, 17-minute series also aired over two nights on NewsHour’s evening show. The first part of the video centers on the inmates’ lives behind bars, and a second, roughly 9-minute part shows the inmates lives after they were released.

Crigger, a designer and front-end developer at NewsHour, said one of her goals as a designer is to get people “interested in any type of subject.” The Broken Justice microsite she created “shows the power of design. If we need to tell these stories online and in digital formatting, design is so important,” she said. Crigger built the static website in Sass, a CSS preprocessing language, and it requires no backend.

The microsite launched earlier on the same day that the first video aired during the regular NewsHour broadcast. It was cross-promoted with the broadcast with the hope people would watch the video on the show, too. The video has received over 3,300 views on YouTube so far.

The microsite “gave me a new appreciation for new media … [of] going beyond the broadcast,” Summers said.

This is about much more than a jobs program. The people are the compelling part.

Summers, who normally covers politics for NewsHour, said when she heard about a pilot job-training program for inmates meant to help reduce recidivism called “The American Jobs Center” at Montgomery County’s correctional facility in Maryland, she was intrigued. Not only was the program doing well, she’d heard, but the jail’s location was conveniently close to PBS offices in nearby Washington, D.C.

Summers said after an over two-hour talk with the jail’s warden, he agreed to let the news team inside the prison to cover the jobs program, which prepares inmates for life after incarceration through interview and resume preparation and is meant to help them find work immediately after release. Once inside the jail, Summers met people taking part in the program, and she said she realized, “This is about much more than a jobs program. The people are the compelling part.”

A screen shot of Carlos from the Broken Justice video. Cameramen: Charles Anderson and John Bevir.

When Summers chose her three subjects, they were each were poised to be released from the jail in coming weeks. Carlos was incarcerated for assault and burglary, Jordan had been caught up in a robbery, and Ashley was arrested for possession of paraphernalia, prostitution, and felony theft, among other charges.

Merely learning about how the job training would aid the inmates once released wasn’t enough for Summers. “I want to know what happens to them after they leave,” Summers told her team, citing recidivism, or the rate tracking the return to incarceration, being as high as 70% one year after release. She decided to follow the three for at least three months but quickly realized three months wouldn’t be long enough.

As a result, Summers is at work on a third video for the series which will focus on how the three stories continue. In the meantime, she said, Ashley was rearrested and returned to jail.

Photos and screen shots from Broken Justice documentary by PBS; photos by by Mike Fritz and screenshots by cameramen Charles Anderson and John Bevir.